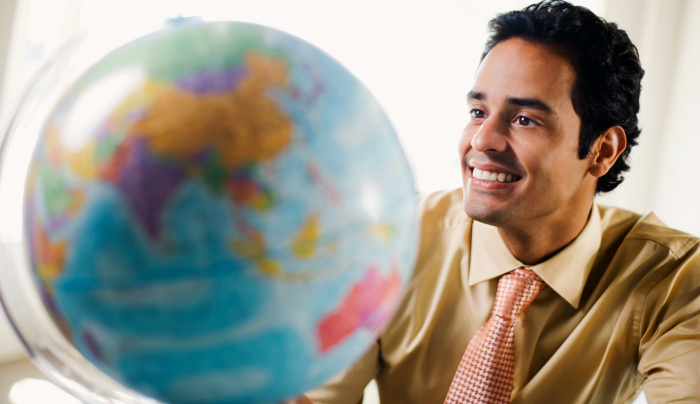 Before joining BEYOND, *Charlie worked in the IT industry. He specialized in indirect sales and marketing; he educated and supported hundreds of salesmen. He also led efforts to simplify products so lower-skilled resellers could effectively market them.

“I wasn’t good at direct sales myself,” Charlie states. “But, as an indirect salesman, I trusted my team to be good salesmen. I could then focus on achieving three things: helping my resellers catch the vision of our product while building trust with them, equipping them with training and tools to be successful, and supporting them as they engaged with real customers.” Charlie was passionate about his role, and very good at it. The sales’ numbers rocketed as his hard work paid off.

“I still remember telling my VP I was about to resign,” Charlie recalls. “I told him I was quitting to become a full-time missionary in a hostile nation in Asia. He clearly thought I was crazy. And to be honest, I couldn’t disagree.”

As Charlie had wrestled with God about this radical new calling, he had argued that his skills were in the IT world, not in ministry. He couldn’t preach. He struggled with words when sharing his faith. He had no seminary training and wasn’t even great at leading small groups at church. Charlie asked, “How could I be a church planter? My gifts aren’t classic ‘missionary gifts.’”

One day, as Charlie read the story of Jesus calling Andrew and Simon, it hit him. “Come, follow me,” Jesus had said, “and I will send you out to fish for people.” Jesus took their “secular” skills as fishermen and applied them to the new Kingdom work to which He was calling them. Their skills in throwing nets and cleaning fish weren’t directly applicable in Jesus’ work. But they understood what it meant to leave the safety of land and go to where the fish were. They knew what clues indicated that fish were near and what methods would catch the most fish. These more subtle skills were relevant to the ministry Jesus had in store for them. In that moment, Charlie sensed God saying, “You will be doing the same thing as before. I’m just going to give you a better product!”

As BEYOND missions catalysts utilize Disciple Making Movement (DMM) principles, they spend most of their time in vision casting, and training and equipping local believers to start movements. BEYONDers then mentor and coach these equipped local partners as they step out in this mission. This model almost exactly parallels what Charlie did as an indirect salesman.

In addition, the DMM model capitalizes on the fact that only simple, easily reproducible models have a chance at growing church planting movements. A complicated approach cannot multiply. Charlie’s experience in streamlining products helped him implement these simple, reproducible models of discipleship. He summarizes: “Understanding how God can use my unique giftings has given me the confidence to make disciple-making disciples and church-planting churches.”

God’s wisdom always surpasses ours. We need innovative business people who love others and know how to cast vision, equip, and support the people God is calling to start movements among unreached people groups. God did not give us all the same gifts. And none of His good gifts are wasted.

Are you interested in talking with a BEYOND recruiter to see how your skills could be used to bring God’s glory into the lives of thousands?