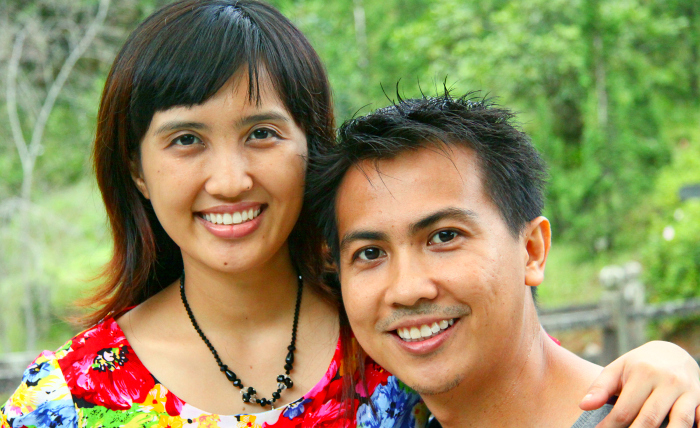 Muharis and Ani met and married shortly after they had each been through a multi-week discipleship training on Disciple Making Movements (DMM) led by Beyond field leaders Ryan and Anna. Muharis and Ani wondered: How would Father God have them serve, in light of his desire for all peoples to hear of his Son? Both couples sought the Lord’s direction for Muharis and Ani’s life. The answer came. Muharis and Ani felt led to live and work among the Bimanese Muslims. Working with Ryan and Anna, they would form a new DMM team. They desired to see the knowledge of Christ and obedience to God’s Word transform this unreached people group.

Muharis and Ani moved to serve the Bimanese people and soon learned of another upcoming transition. They were expecting a baby! In 2017, Muharis held his baby girl for the first time and heard the doctor pronounce that all was good. Although Ani had needed an emergency C-section to deliver the baby, she would recover as they enjoyed their precious daughter. Muharis was elated.

It should have been a time of pure rejoicing.

What happened next was a blur to Muharis. Ani was in the recovery room when Muharis noticed a steady stream of blood oozing from his wife’s suture. He called for help. When the doctor arrived, he ordered her back into surgery. As he left to prepare, the doctor stated, “There is a 50-50 shot for me to be able to save your wife.” Muharis turned, saw his newborn daughter next to him, then fell to the floor in shock. He cried out to Father God in prayer. Then he called Ryan. Ryan and Anna mobilized their entire discipleship network in prayer for Ani.

Ani survived the ordeal. But the doctor removed her womb.

The removal was probably not necessary. A more proficient doctor might have saved Ani without removing her womb, but skilled doctors are rare in such remote places.

Since that day, God has blessed Muharis and Ani. He has honored their commitment to serve him no matter the personal cost. Their team has seen 117 discovery Bible study groups form. They have four house fellowships of baptized followers who meet regularly and are facilitating a second generation of discovery Bible groups!

Jesus told his disciples that following him would not be easy. We need to count the cost of discipleship. Our next free, online Nugget training is entitled “The Willingness of the Disciple: Count the Cost.” Join us Thursday, February 6th from 7-8:30 pm CST as we discuss this important DMM principle. All you need is an internet connection, a device with audio and video capabilities, and a desire to participate.

REGISTER FOR THE WILLINGNESS OF THE DISCIPLE NUGGET TRAINING